Some Pre-Dreadnought Action with Steel Ships and Iron Hearts

On Sunday October 10th, our local group got together at BlueSky Hobbies in Bremerton for some Pre-Dreadnought naval action using a set of Rules originally developed by the late Dick Larsen.

Between us all, we have quite a collection of pre-dreadnought ships, mainly Navis models or scratch built and haven't used them for some time. I was always partial to Perfidious Albion Naval rules because it was so easy to play but some didn't like making the ship diagrams and didn't like the damage rolls where many of the hits did nothing and seemed like saving throws which we despise.

So we dusted off the rules we played with Dick Larsen many years ago and cleaned them up a little and put them to the test. If you are interested in them, they are available in the files section on our Group web site here:https://groups.io/g/WestSoundWarriors

I was using two German Battleships, the Brandenburg and the Worth and was allied with Tom Condon who had two American battleships. Opposing us was Gary Williams with the French battleships Brennus and Jaureguiberry. With Gary was Kevin Walker with the Charlemagne and St. Louis.

This picture is about half way through the battle. The Jaureguiberry has blown up and sunk with a lucky hit on it's magazine by the Bandenburg. The Worth was quickly reduced to 80% damage and is now dead in the water with a fire on it denoted by the red puff ball. 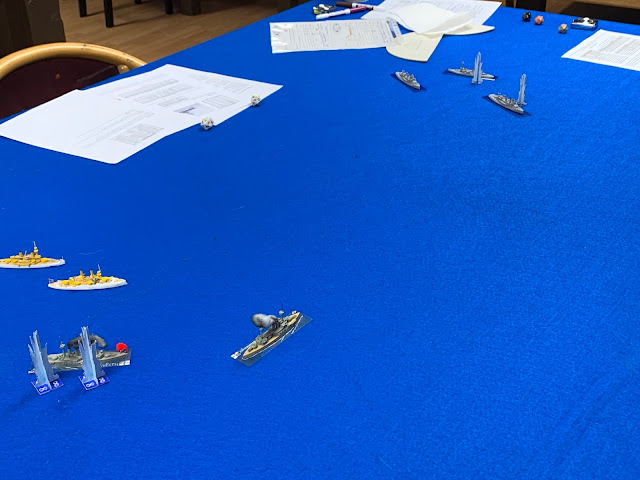 A closer view of the French ships. We didn't actually use the shell splash markers in the game. I set them out for the photos, but they do denote the armor rating of some shell hits they just received. In our rules the shell rating denotes their penetration value but the shell size is used to determine how much damage they do. I'm going to have to modify the shell splash marked to indicate both shell size and penetration value before we can use them properly. 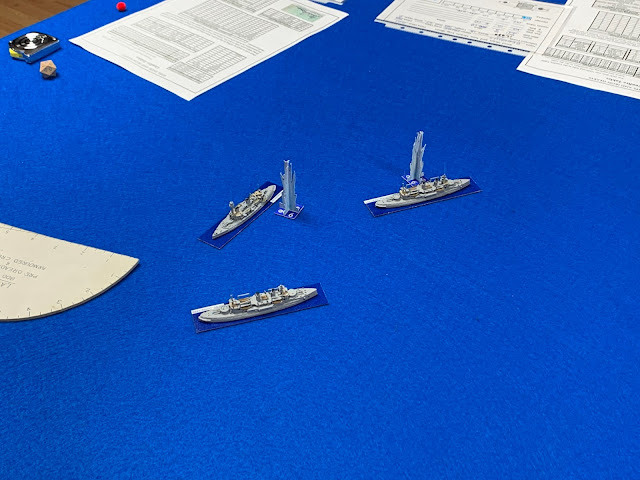 A closer view of the American ships. The SMS Brandenburg is at the top. 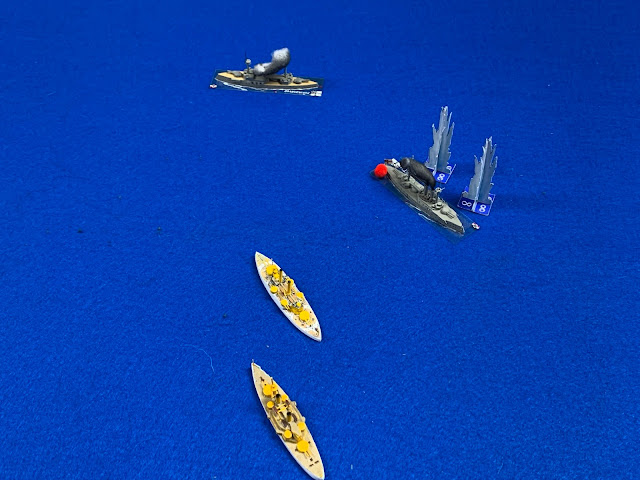 I believe this is the Charlemagne taking  four hits from the Brandenburg but with an eight armor rating, they will all be non-penetraing hits. For an eleven inch shell that is 24 damage points each, but the Charlemagne has about 1110 points total. The Brandenburg will have to close to within 3000 yds (30" in game scale) to penetrate class eight armor. 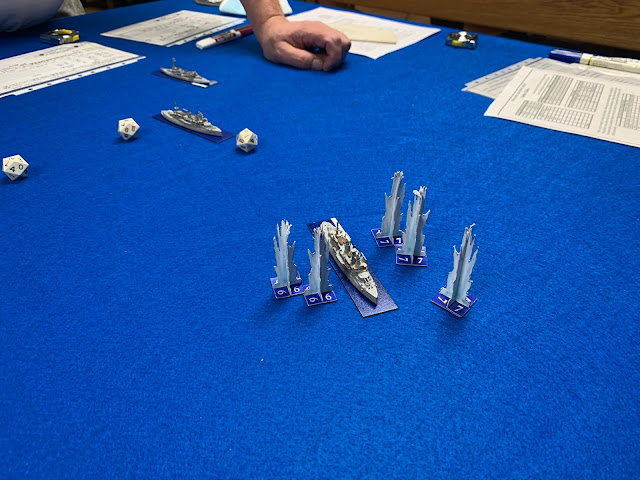 The Brandenburg steaming to close the range. 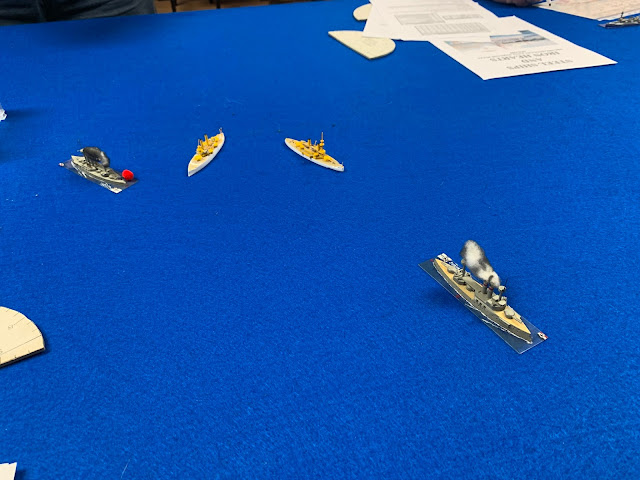 There we go, a couple of penetrating hits on the Charlemagne. Unfortunately the Brandenburg was pummeled in the process and ended up with 80% damage and dead in the water. The battle ended in a "Draw" with only one functional ship left on each side. Although not as detailed as Perfidious Albion, the rules gave us a quick, easy to play nd fun game that seems to be very balanced. 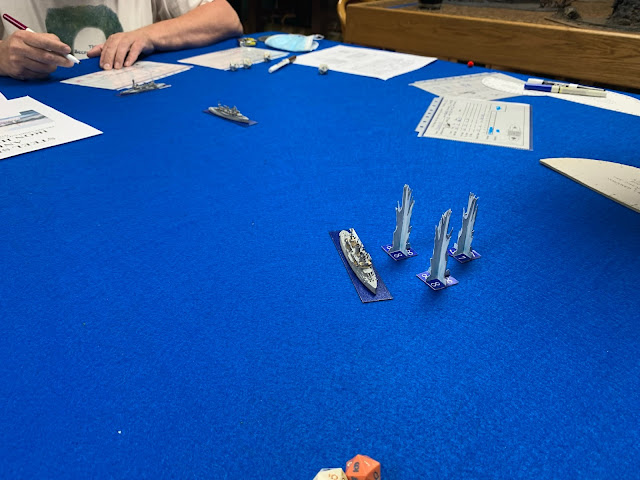 Here is a copy of the Data Sheet I used to play the game. We'll tweak the rules a bit and next time it will be a Cruiser action. We're always looking for new players, so if you are interested join our groups.io and get notifications of all our upcoming games. BlueSky Hobbies is a great place to game and there's a Tavern located downstairs in the gaming area. What more could you ask for, beer, pizza and wargaming all in one place. 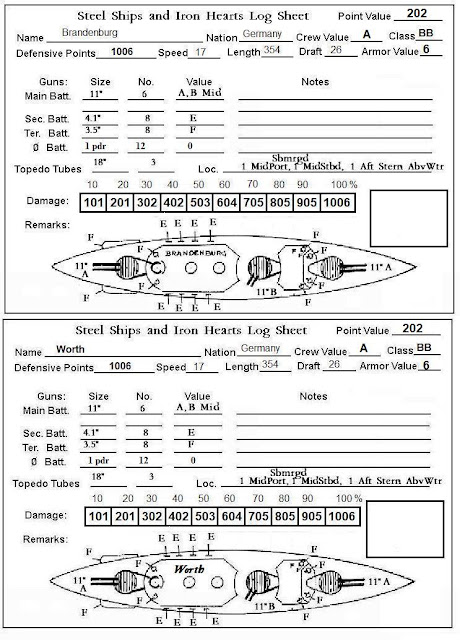 Posted by Mitch Berdinka at 8:23 PM